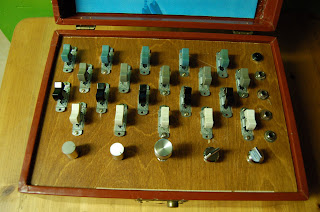 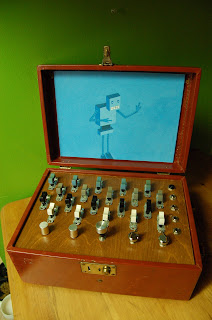 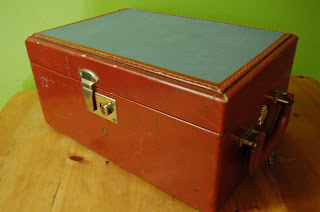 This is probably my favorite instrument I've made in a long time! It's a quintoscillator feeding into a Hex-Schmitt Trigger that I fed back into itself. The first of many projects where I design something from scratch then circuit bend the shit out of it. The quintoscillator triggers the Schmitt Trigger, then the Schmitt Trigger feeds back into itself via all of those lovely switches! Each switch has 3 positions of modulation, so the number of drone combinations is amazing! And there's 4 separate outputs. I think that if each output was run through effects into a mixer, you could create some pretty intense walls of symphatic drone. And it all runs off a 9V adapter.
Here's some video of the Quintrigger in action! video
Newer Post Older Post Home